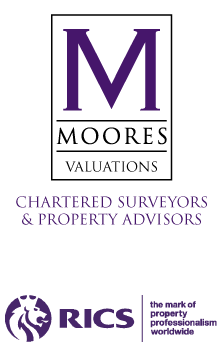 This tax is based on an annual self assessment return and payable annually based on the following bands:

The asset has to be valued at the outset and re-valued on a 5 yearly basis. We are RICS Registered Valuers and have undertaken £77.2m of valuations in this field for clients to date. Turn around time 10 working days.

Please call us to discuss your specific requirements.

Most residential properties (dwellings) are owned directly by individuals. But in some cases a dwelling may be owned by a company (a corporate partner or other collective investment vehicle). In these circumstances the dwelling is said to be 'enveloped' because the ownership sits within a corporate 'wrapper' or 'envelope'.

ATED is a tax payable by companies on high value residential property (a dwelling). It came into effect from 1 April 2013 and will be payable each year.

You'll need to complete an ATED Tax Return for your property if all of the following apply: • it's a dwelling (see below for definition) • it's situated in the UK • it was valued at more than £2 million on 1 April 2012, or at acquisition if later • it's owned, completely or partly, by a company, a partnership where one of the partners is a company, or a 'collective investment vehicle' - for example, a unit trust or an open ended investment company

There are reliefs that could reduce the tax completely but you can only claim them if you complete and send in a return.

There are also a number of exemptions from the tax, most significantly, charitable companies using the dwelling for charitable purposes, which mean you may not have to file a return.

Who will need to pay ATED?

ATED only needs to be paid when the property is owned by:

• A collective investment vehicle (such as a unit trust or an open ended investment company).

• A partnership which includes one, or more, of the above.

For ATED the value of the dwelling to be used is its value:

• On 1 April 2012, if you owned your interest in the property at that date. This date is to make sure that people who will need to pay ATED can work out the right value ahead of the first period that it's due.

• When you bought or acquired it, if that is a later date.

• At the date of entry on the Council Tax Valuation Lists (or Northern Ireland Valuation List) or when it's occupied, whichever is the earliest, if the dwelling is a new property or an existing building that's been altered so that it is to be a dwelling if that is later than 1 April 2012.

The valuation figure will be used for the first five ATED return periods beginning 1 April 2013 and based on the valuation at 1 April 2012, or when you bought or acquired it, if later. All properties within ATED need to be revalued again in five years time, which will be 1 April 2017 (to cover the ATED returns for the five year periods starting on 1 April 2018).

You need to self assess the value of the property. You can do this yourself, or use a professional valuer. The valuation will be reported on the ATED return.

Valuations must be on an open-market willing buyer, willing seller basis. The value must be a specific price, an 'in the range of' valuation is not acceptable, for example £2,135,000, not '£2,100,000 to £2,150,000'. However, if a relief is to be claimed then a valuation based on your best judgment will be acceptable.

A valuation at 1 April 2012 will decide which ATED band the property will fall into for five years. This could change if the property is developed or falls outside of ATED completely, or moves back in again (for example, it becomes a non-residential property and then residential again).

If HMRC challenge a valuation and find that it's wrong, the person responsible for paying ATED may have to pay penalties as well as the increased ATED payable, plus interest for late payment.